Osborne has been given the pawprint of approval from keen canines and their owners. After the completion of a successful trial period, arrangements put in plac 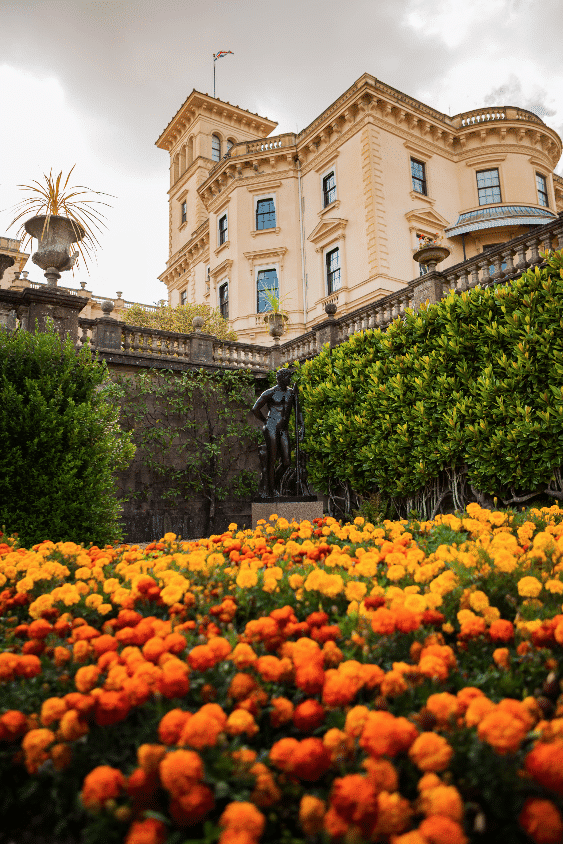 e a year ago for visitors to bring their dogs to walk in the estate have been made permanent.

Sue Taylor of East Cowes, an English Heritage member who walks her terrier, Wilf, in the grounds 3 to 4 times a week said: “I think it’s fantastic, the best thing that English Heritage has ever done. I walk parts of the estate that I would never have walked before.”

Judith Bishop, also of East Cowes said: “We were over the moon when we could bring our dog to Osborne, and I’m really happy the arrangement is being kept on.”

Marde Sharpe of Cowes walks her Labrador Sunshine at Osborne said; “Sunshine was four months old last spring when we first brought her to Osborne. Whenever we brought her she was very popular and was even described as the ‘Andrex puppy’ by children. Bringing her to Osborne has helped socialise her, and she even got to know and made friends with Victoria the estate cat!”

Dogs will be very welcome on leads across the majority of the estate, although not in the house, formal areas of the gardens or on the beach itself which is a site of special scientific interest.

A map, clearly depicting dog walking areas will be provided at the admission point and is on the website here.