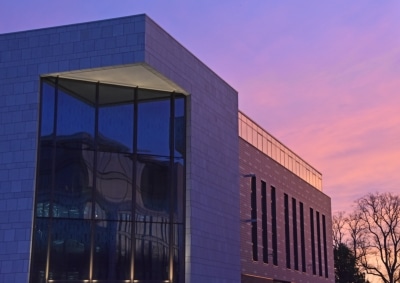 “Start”, a three-year major education programme that has involved 1500 Southampton children has been deemed a great success by teachers and pupils. This week sees the culmination of this project with another 437 children visiting Nuffield Southampton Theatres (NST) to see a play chosen especially for them, The Day I Fell Into A Book. Over the last three years, NST has worked closely with 7 Southampton schools; to give Year 3 and 4 children trips to see theatre. Many of the children had said this programme had provided their first visit to a theatre.

The project started in 2016 and since then Bitterne Park Primary, Hollybrook Juniors, Holy Family Catholic Primary, Mason Moor Primary, Redbridge Primary, Sholing Juniors, and Sinclair Primary have taken part in 92 practical workshops and seen shows including NST’s acclaimed and award winning Roald Dahl’s Fantastic Mr Fox, Billionaire Boy The Musical and Hetty Feather. Nearly 600 of these pupils had never been to a theatre before.

“Start has been the perfect project at the perfect time. As we opened NST City it felt so important that children from all over Southampton knew that this theatre was for them. What better way than by bringing them to shows specifically for them!”

“We have just been so grateful to the schools for supporting this. It has been a lot of work for them too. The programme has transformed our relationships with these schools, teachers, children and their families. Many of whom, going back to 2016, said they hadn’t been to a theatre in years.”

Nuffield Southampton Theatres have received great feedback from the schools themselves.

Mrs Emma Kerrigan Draper, Headteacher said “The children were asked to come up with three highlights of their year on their reports. The majority mentioned the theatre!”

NST’s Start programme was created by leading education charity, Children & the Arts and supported with investment from Artswork the South East Bridge, for the purpose to encourage greater use of the theatre by local schools and Southampton’s diverse communities.