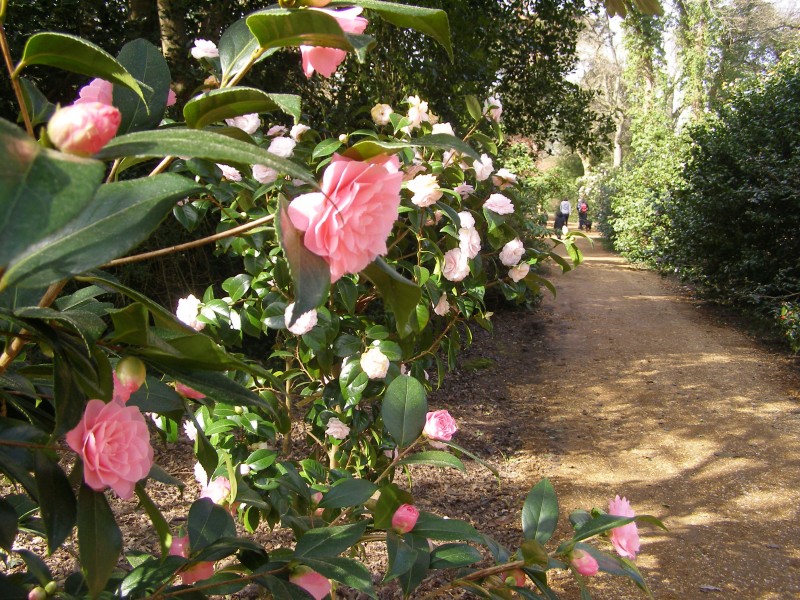 The team at Exbury Gardens in the New Forest are celebrating after receiving the news that it has been designated as a prestigious ‘Camellia Garden of Excellence’ – the highest accolade that can be bestowed on a garden displaying the popular spring flowers.

The award is announced just as thousands of camellias are bursting into flower and brightening Exbury’s pathways with their red, yellow, white and pink blooms.

‘We are thrilled to have been recognised by the International Camellia Society for our Camellia Collection’ said Head Gardener John Anderson. ‘Lionel de Rothschild planted hundreds of camellias when he acquired the Garden after the First World War, and his family and subsequent Head Gardeners have maintained this planting tradition ever since. Exbury now has three atmospheric Camellia Walks, offering our visitors and camellia enthusiasts an unrivalled opportunity to discover the flowers many distinct forms in a beautiful woodland setting. We are incredibly proud of this award, especially as there are only 30-odd Gardens in the world with this honour.’

In early March Exbury opened the new ‘Gilbury Lane’ garden, a showcase for the Trehane Collection of Camellias, featuring hundreds of named and labelled varieties. ‘There has been a Camellia renaissance recently’ said John. ‘The plant hunter George Forrest and others such as Farrer and Rock were sponsored by Lionel de Rothschild in the 1920s and 1930s to collect camellia seed on expeditions to China and the Yunnan. These seeds were sent back to Exbury and, aided by the mild New Forest climate, the results of these early plantings are thriving close to 100 years later. With attractions such as Chiswick House showcasing a Camellia Festival within its Victorian Glasshouses and camellias now a mainstay of gardening TV programmes, the plants popularity is certainly in the ascendancy. Our camellias flower from February to late May, but their main season is March and April, meaning we’d encourage visitors to see the spectacle of the camellias at their best as soon as possible.’