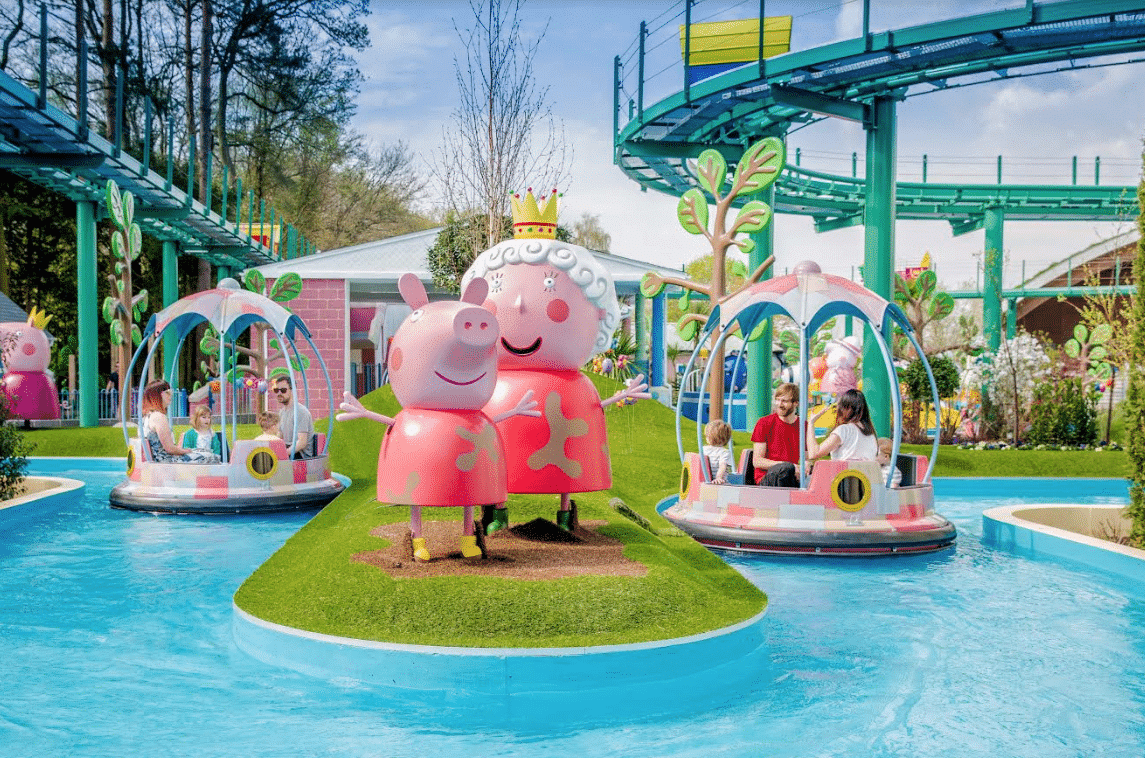 Paultons Park has a lot to offer this summer, including a new themed-attraction, two new rides at Peppa Pig World, more refreshment choices and the return of the Summer Beach Party.

The Summer Beach Party will see characters Bruce the lifeguard, Shelly the turtle and Manta the ray, return to the Show Stage for daily performances from Friday, July 13. Children can sing and dance along and participate in the games on offer, led by the Paultons Park entertainment team. Show times are available on arrival and also on the Paultons Park app, where summer opening hours and ride queue times are also listed.

New for summer 2018, Paultons Park has launched a number of additional catering options which are available throughout the park. A variety of thirst-quenching Iced Frappes are served in the Coffee Station and Donut Delights, which are donuts topped with ice cream, can be purchased from Miss Rabbit’s Ice Cream Parlour in Peppa Pig World. In the Railroad Diner, visitors can now also enjoy fish and chips.

Earlier this year, two new rides were launched at Peppa Pig World. The Queen’s Flying Coach Ride, just one of the new rides at Peppa Pig World, takes families of all ages on an unforgettable tour of the newly expanded attraction in coaches that are transported by monorail. The ride starts from the top of the Queen’s Castle, another addition and new signature point of the attraction, which offers an impressive bird’s-eye view of the park. Children and parents can also hop aboard boats at Grampy Rabbit’s Sailing Club, where they can cruise along the new water route around the base of the Queen’s Castle, and discover Pirate Island.

Stephen Lorton, commercial director at Paultons Park, said: “The launch of The Queen’s Flying Coach Ride, Grampy Rabbit’s Sailing Club, and Little Africa has meant that there is a lot available to first-time visitors as well as those who have enjoyed the park previously. Following the success of last year’s Summer Beach Party we’re pleased to once again provide a summer of live performances that will get the whole family moving and refreshing treats for our guests of all ages to enjoy.”

Also new this season is a range of exclusive souvenirs called Peppa’s Playtime Pals, available now from the Magic Photo Studio in Peppa Pig World. With seven different identification designs to choose from, little visitors can now takeaway a photo memento of their trip, which includes a lanyard for safekeeping.

For more information or to book tickets to Paultons Park, please visit: https://paultonspark.co.uk/.