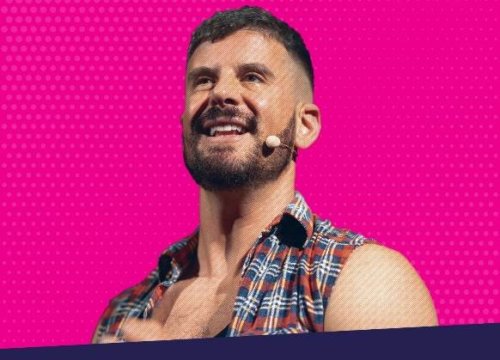 Sam Hodges, Director of Nuffield Southampton Theatres (NST) announced today a new programme of events to support Southampton’s PRIDE running from 19 – 24 August at NST City. The new programme features theatre, film, family activities and a quiz in the run up to Southampton’s Pride that attracts 1000s into the city.

Sam Hodges said “Following the recent events surrounding the touring production of Rotterdam, we met as a team and were adamant that this sort of attitude had no place in this city. We wanted to curate a programme both to support the city’s LGBTQ+ community and as an act of defiance against all intolerance and hate crime. “

Julianne Watling-McCarthy, Artistic Director for The Stage Door and Southampton Pride said, “ Southampton Pride are delighted to be supporting NST’s Pride events that have been planned in a response to the recent attack on some of the cast of Rotterdam.  We stand in unity with NST to help promote equality and inclusion within our wonderful city and to send a clear message that any kind of discrimination or hate crimes will be beaten by us all standing together in times of adversity’

Pride week starts on Monday 19 August with Experiment, an evening of scratch performances of developing plays from local LGBTQ+ artists. This is followed by Riot Act on Tuesday 20 August, a hard hitting but hilarious and heart-warming exploration of the history of the LGBTQ rights movement. On Wednesday 21 August, Pridewill be screened, on Thursday 22 August, a bar quiz will be held with rounds on Ru Pauls Drag Race and LGBTQIA+ movies supported by live music. On Friday 23 August there is more drama with the very funny play Margaret Thatcher Queen of Soho, when Maggie gets lost in Soho and accidentally becomes a cabaret superstar! On the day of PRIDE itself, there will be free drop in family activities and NST’s Youth Theatre will be performing a rehearsed reading of their hit National Theatre Connections play Dungeness which tells the story of a group of young people who want to commemorate an attack that happened to people like them in a country far away. There will also be a screening of the hit film Priscilla The Queen of the Desert.

Southampton Pride takes place in the Guildhall Square, West Marlands Rd and the o2 Guildhall on Saturday 24th August from 11am.  This event is free for all to attend.

Tickets for all events can be booked through the Box Office on 023 8067 1771 or online at nstheatres.co.uk