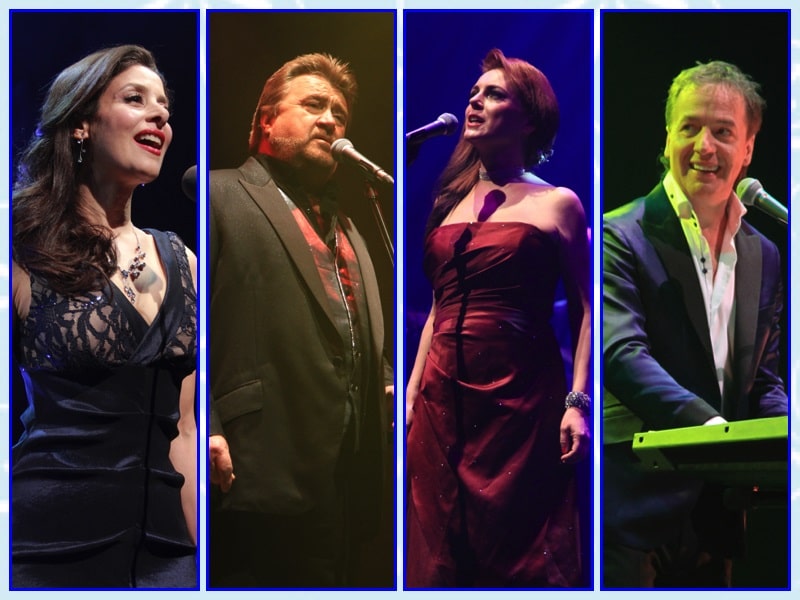 The cast features past principal performers from Les Miserables and delivers over two hours of the best of Broadway and the West End, ending of course with a stunning finale from Les Mis. This brand new show will include many of the best numbers that have made Beyond the Barricade the most popular theatre concert in the country including songs from The Phantom of the Opera, Jesus Christ Superstar, Chicago, The Lion King, Blood Brothers and Hamilton.

Beyond the Barricade was devised by Andy Reiss and David Fawcett, after they appeared in the London and Manchester productions of Les Miserables. David played the lead role of Jean Valjean and Andy played other male characters including Enjolras and still remains the only person to take on the job of being the show’s Resident Director and perform at the same time.

Joining Andy and David on stage is Katie Leeming and Poppy Tiernay. Katie played the lead role of Eponine in the West End production and was in an ensemble vocalist in the film. Poppy played Cosette in the West End and on the UK tour, as well as playing lead roles in Evita, The Witches of Eastwick and Miss Saigon.

Beyond the Barricade is at Theatre Royal Winchester on Sunday 29 August. Tickets are available from theatreroyalwinchester.co.uk or call the Box Office on 01962 840 440.