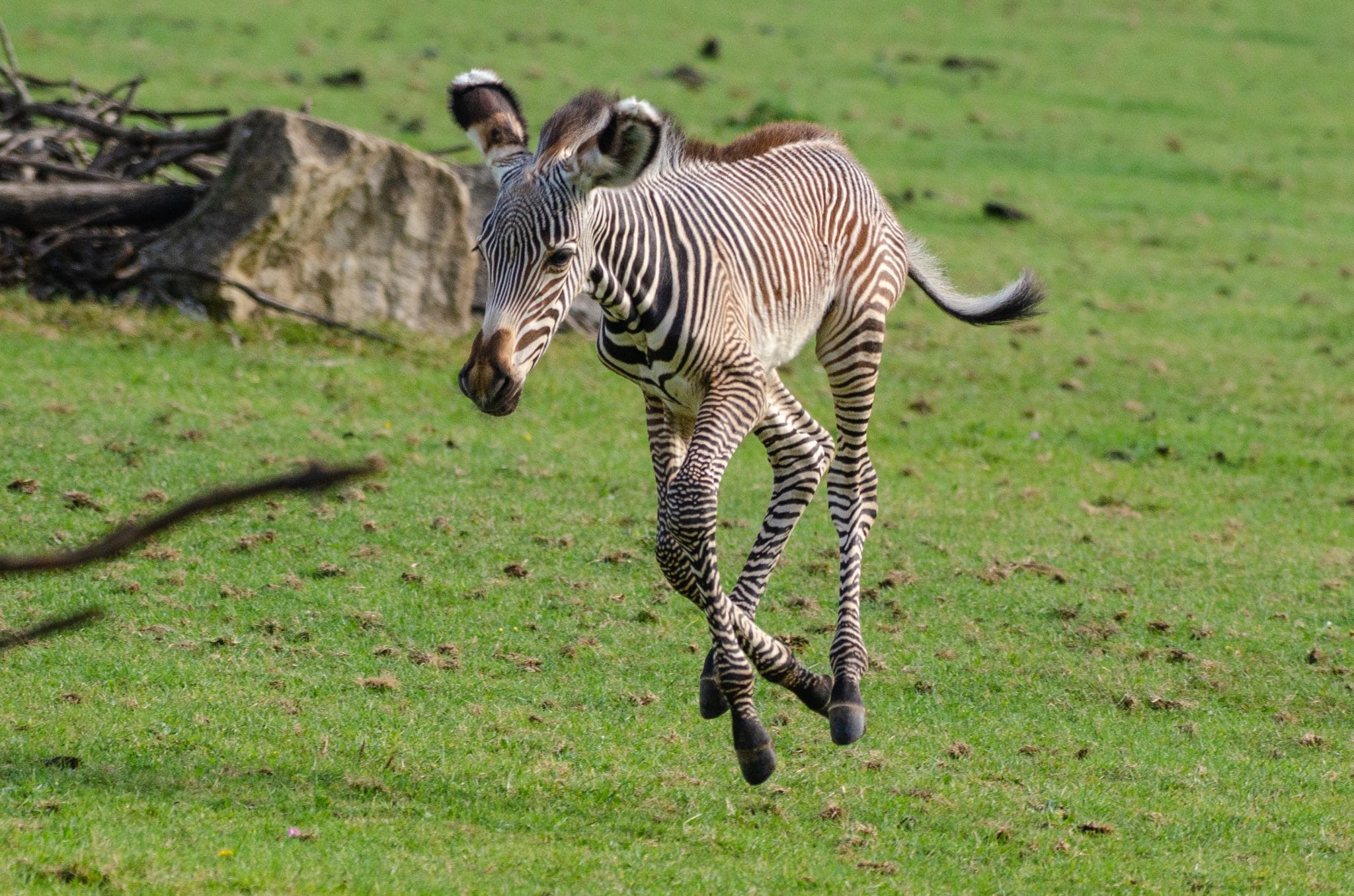 Visitors to Marwell Zoo were treated to the sight of a rare zebra foal being born.

The endangered Grevy’s zebra gave birth to a healthy foal at the zoo’s Wild Explorers paddock opposite Marwell’s Grade 1 listed hall in front of amazed onlookers.

Keepers carefully monitored the zebra from a distance and answered questions from guests, while first-time mother Ellen gave birth in just 30 minutes.

Both mother and foal, whose name and gender are to be confirmed, are doing very well.

Marwell Zoo’s Hoofstock Team Leader Tim Rowlands, said: “We knew Ellen was soon to be expecting so we have been monitoring her and allowing her access to the paddock and the indoor area.

“Zebra normally like to do their own thing and take themselves away, so giving birth in the middle of the afternoon in front of a crowd of guests isn’t common but she wasn’t concerned by the interest and it was a very smooth delivery with the healthy foal arriving in around half an hour. The foal is enjoying exploring, though is still staying close to its mother, who is the dominant female of the herd and is being very protective.”

The Grevy’s zebra is one of Africa’s rarest large mammals with fewer than 3,000 individuals left in the wild.

They are found in small and isolated areas in Northern Kenya and Ethiopia.

Conservation charity Marwell Wildlife, which owns and operates Marwell Zoo, has been instrumental in helping to create a national conservation strategy for the species in Kenya and is one of the active members of the Grevy’s Zebra Technical Committee which guides and implements conservation action in the country.

Marwell manages the International Studbook and the European Ex situ Programme (EEP) for Grevy’s zebra and encourage participants to support their conservation initiatives in Kenya.