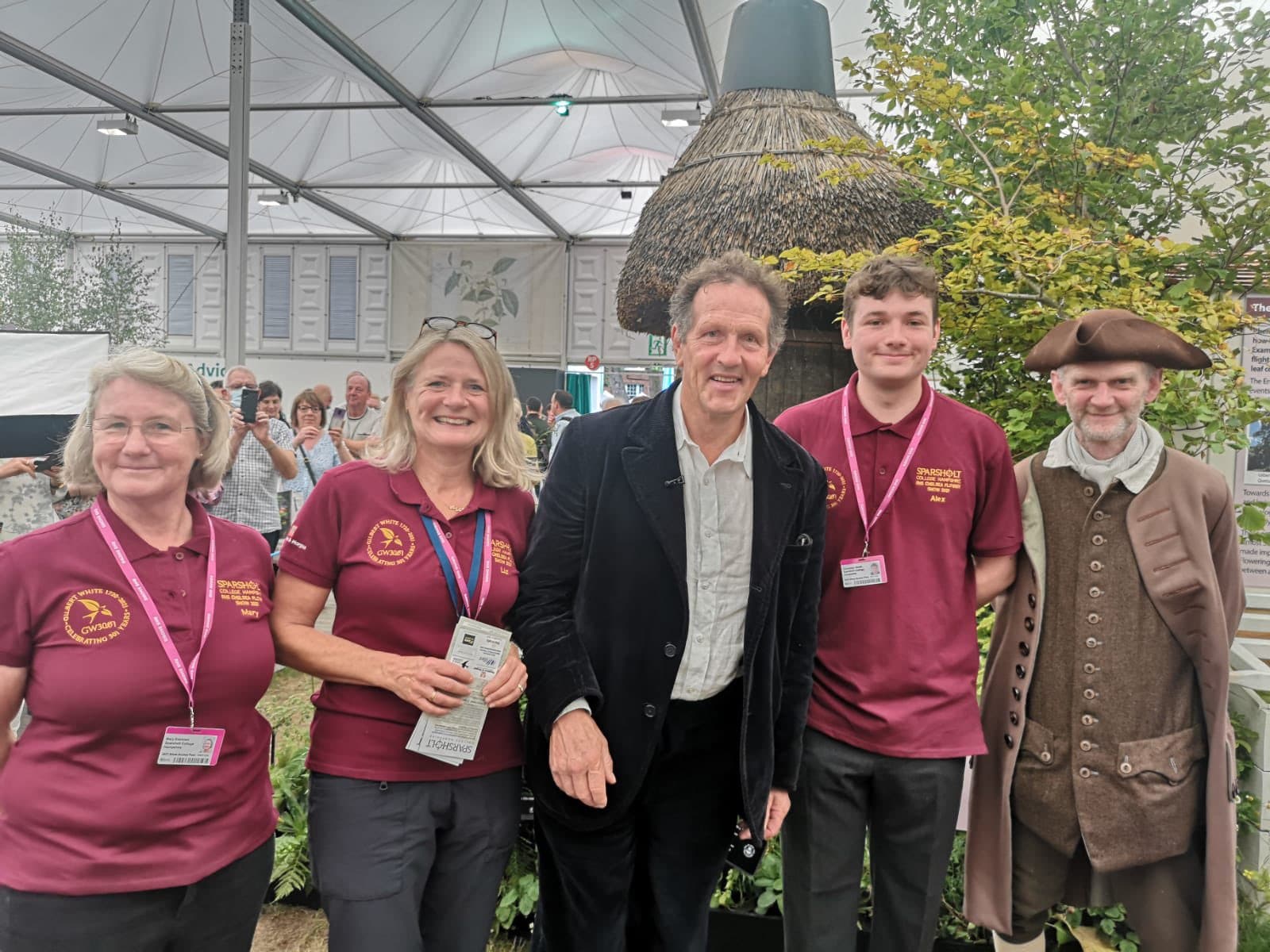 During a year like no other, Sparsholt College, have continued their RHS Chelsea Flower Show medal-winning run with the news of a Silver-Gilt medal awarded to the garden.

The 2020/21 garden was entitled ‘The Natural Kalendar’ and celebrates Gilbert White a true hero of Hampshire and the natural world for the tercentenary (plus 1!) of White’s birth.

Created in collaboration between Sparsholt College and Gilbert White’s House & Garden, the garden is sponsored by seed and plant specialist Thompson & Morgan. The garden takes as its theme climate change, showing how observations by White (1720-1793), the father of ecology, enlightened people to the changing seasons and species activity.

‘The Natural Kalendar’ brings to life phenology – the study of nature’s lifecycles and seasonal variations in climate from 300 years in the past through to the present day, looking into the potential impact on future plant species survival.

The museum invited BBC Countryfile and Radio 4 presenter Tom Heap to help support the stand, who spoke to the team and visitors on the impact of climate change on the environment and the world of horticulture.

The garden is the first in the College’s history to have two cohorts of students work on the design and build, as COVID-19 disruptions saw the rescheduling of the 2020 May show to the autumn term of 2021. Undeterred, the team have adapted the garden for the different season and have enjoyed rolling over the celebrations for the 301st anniversary of Gilbert White’s birth.

This exciting accolade is Sparsholt College’s fourth Silver-Gilt medal, adding to the collection of nine Gold Medals, six Silver medals and three Bronze medals, alongside five ‘Best in Category’ awards. As part of the Level 3 Horticulture course at the College, students work with our experts on garden displays entered into the RHS Chelsea Flower Show.

Chris Bird, Horticulture Lecturer at Sparsholt College, commented on his medal-winning run with the College: “It’s absolutely fantastic to have received a Silver-Gilt medal from the RHS. The award is a true credit to the students and wider team who helped bring this beautiful and educational garden together over a very strange two years”.

2021 Horticulture student Ethan has shared his delight on working on recreating features from Gilbert White’s garden ‘The Wakes’ into the RHS Chelsea garden design: “One of the main challenges for us was to move the garden from a spring to autumn palette and we found a lot of plants that have good autumn structure such as the Cercis ‘Eternal Flame’. I would say we’re definitely embracing autumn instead of fighting the change in season, and in some ways I think a colourful autumn garden works wonderfully to showcase our theme of phenology.”

Visitors have been able to experience features from White’s garden ‘The Wakes’ – the thatched, spinning ‘Wine Pipe Seat’, a mini Haha wall and the ‘Six Quarters’ – recreated using plantings familiar to him alongside cutting edge cultivars such as the Thompson & Morgan Plant of the Year 2021 entries.

The garden features slate signs, changed daily, quoting from Gilbert White’s 18th century manuscripts for ‘The Natural History of Selborne’ a publication never since out of print which resonates through the centuries and is still a reference point for naturalists, ecologists and ornithologists today, such as Gerald Durrell and David Attenborough.