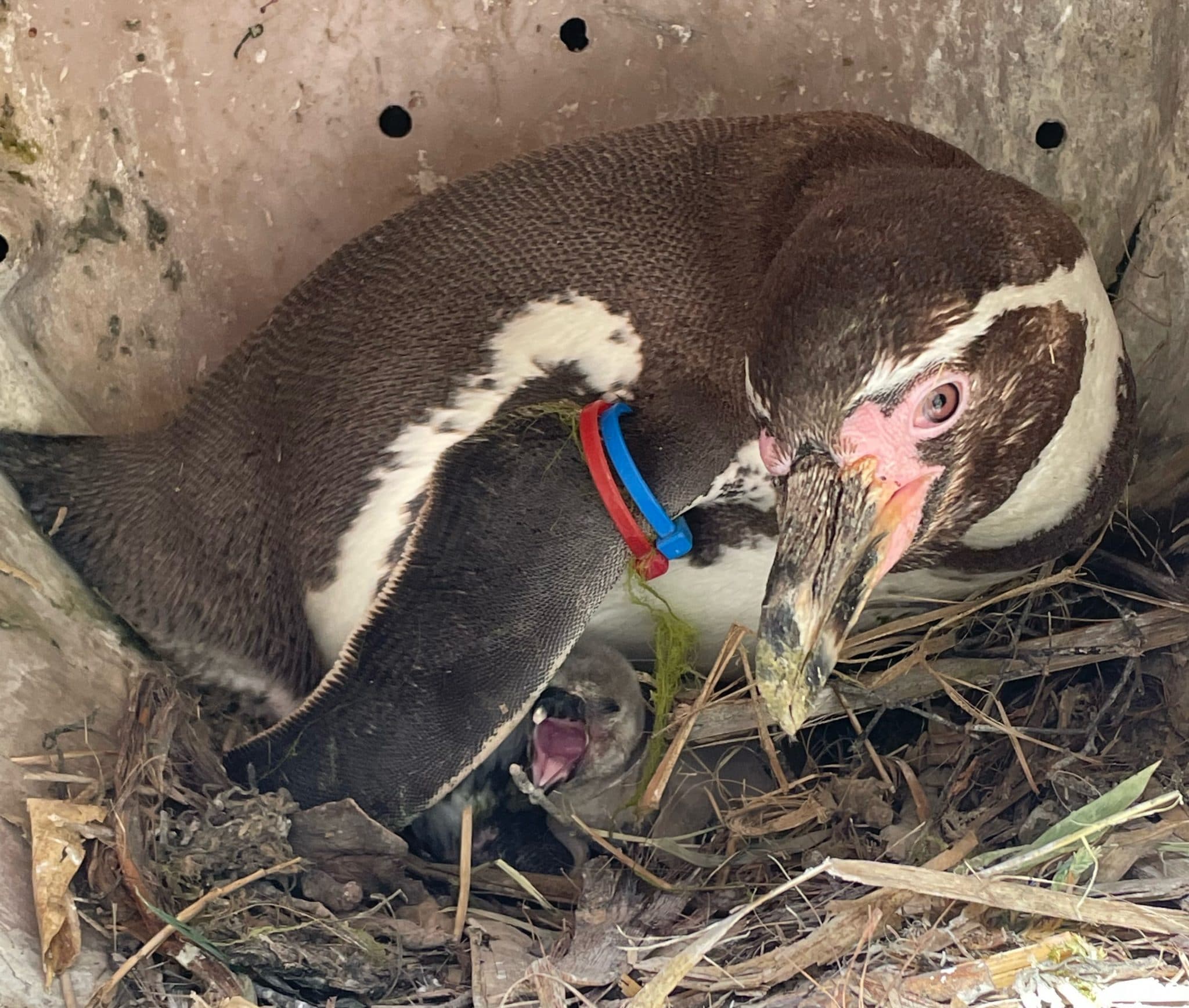 The chicks, who have all been named after nuts, arrived within a few days of each other and reflect a 100% success rate for this year’s clutch.

Peanut, Pistachio, Cashew, and Macadamia are expected to stay in their burrows for approximately 12 weeks, during which time their parents will take it in turns to feed them and watch the nest.

Jupiter and Billie’s chick, Peanut hatched on 27 April. Pistachio was the second of the new arrivals meeting parents, Lurch and Calippo, on 30 April and shortly afterwards (5 May) Macadamia hatched in Lucy and Buddy’s nest. Cashew completed the crew on 8 May to Jacko and Lilly.

Marwell Zoo Senior bird keeper, Christopher Kent, said: “Initially the new chicks will have their natal down feathers (which are visible at the moment) but as they grow they will go through several moult phases to get them waterproof and able to swim.

“Their final immature plumage is a pale grey, being lighter on the underbelly, but not clearly defined like the adults.

“Once the chicks leave the nest the parents will continue to care for them on the pool for a few months at least. There will be lots of feeding and maybe a bit of squabbling to see amongst the colony, but this is all natural behaviour that we expect, especially with a bumper number of chicks this year.”

Humboldt penguins are native to the coasts of Chile and Peru and are listed as vulnerable to extinction on the International Union for the Conservation of Nature’s (IUCN) Red List of Threatened Species with populations decreasing.

Conservation charity Marwell Wildlife, which will receive the Queen’s Award for Enterprise: Sustainable Development in July, owns and operates the zoo.

Marwell offers visitors the chance to get up close to amazing members of the animal kingdom, from Amur tigers to towering Rothschild’s giraffes.

A world-first collection of 55 dinosaurs and prehistoric creatures made using more than 2 million toy bricks has recently taken over Marwell Zoo for this year’s BRICKOSAURS! Evolution event running until 4 September 2022.

Prebooking is essential. For more information go to marwell.org.uk