As we edge towards the end of summer there’s no need to panic that the fun is coming to an end. When the kids go back to school there’s still fun to be had at the weekends, or perhaps even better – some time to yourself to enjoy! Luckily you won’t be short of things to do in Hampshire this September… 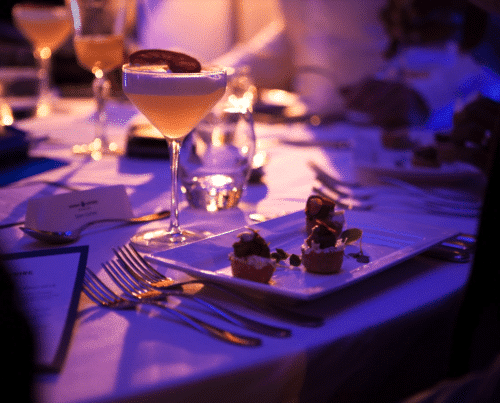 The Bombay Sapphire Cocktail Pairing Supper Club is on Thursday 26th September 2019 from 7pm until 11pm. Tickets are £90.00, the evening includes an arrival cocktail, canapes and access to our Botanical Glasshouses before a three-course botanical banquet, each course paired with a Bombay Sapphire cocktail.

What better way to get over the summer holidays than locking yourself in a room with some friends, colleagues or family! Exciting Escapes have 17 separate escape room challenges across Portsmouth, Basingstoke and Southampton! Do you have what it takes to complete a mission for British Intelligence?

Get hands on with history at Winchester Cathedral. Explore the Cathedral by night on 19 September with a special Open Evening, ‘Meet the Scribes’ on 21 September, and explore Kings and Scribes: The Birth of a Nation, a spectacular new exhibition with interactive exhibits for all the family to enjoy.

The Riverside Bowling League is back this September! Practice your game, compete for the title and most importantly have fun! Join an existing league team to meet new people, or team up with your friends to start your own.

Join Beaulieu for the iconic and double-award winning Beaulieu International Autojumble on 7th & 8th September; the biggest outdoor sale of motoring items this side of the Atlantic. With over 2000 stands, each one groaning with all kinds of vintage and classic motoring ephemera, it is often said “If you can’t find it at Beaulieu it doesn’t exist!”

Southampton’s heritage steamship SS Shieldhall has her final cruise of the season on Sunday 15 September, when she sails to view the Southampton Boat Show in the Docks, and then down Southampton Water to the Solent to view departing cruise ships.

Emirates Spinnaker Tower Comedy Club takes laughter to new heights this September! Opening the show on 6th September is Britain’s Got Talent runner-up, Robert White, followed by legendary headliner with over 25 years on the scene, Rudi Lickwood. Tickets include admission to View Deck 1 and food is available to buy from the bar between 7 and 8pm.

The River Test’s Journey at Whitchurch Silk Mill, this special exhibition continues Pete Gilbert and Hugh Lohan exploration of the Test. Hugh’s black and white photography balances perfectly with the distinctive vitality and richness that is captured in Pete’s paintings. The exhibition captures scenes from the duo’s journey of discovery along the stunning and bewitching River Test.

Take a tranquil cruise down the Beaulieu River at the historic village of Buckler’s Hard. Running daily until 22nd September, listen to the captain’s commentary about the fascinating history of this unspoilt haven and keep an eye out for the wildlife that inhabits its riverbanks.

The kids may have gone back to school but the fun doesn’t stop at New Forest Activities! Jump into one of their canoes and paddle along the stunning Beaulieu River. Scramble through the trees on their High Ropes course or battle your opponents in the ultimate outdoor laser tag challenge – Battlefield LIVE! Activities available for all ages, expert instructors and all equipment provided.

Visit Paultons Park and enjoy over 70 fantastic rides and attractions in many fun themed worlds including Peppa Pig World, Lost Kingdom, Critter Creek and Little Africa! You’ll even have the chance to meet Peppa and George as they make daily appearance at Madame Gazelle’s School House!

Running daily until 29 September at The Vyne, families can try out the Victorian children’s play trail in the gardens or head into the woods to complete Geocaching: The lost toys. In the house, young adventurers can follow the Tapestry house trail. In the Housekeeper’s Room, all ages can Dress like a Victorian.

The Watercress Line opens its stations on the 14th-15th September so you can view current restoration projects at Ropley, as well as exploring the yard, Engineering Shed and Carriage Shop Viewing Galleries. Guided tours operate through the day. A freight train will operate with ‘Queen Mary’ brake van rides available. 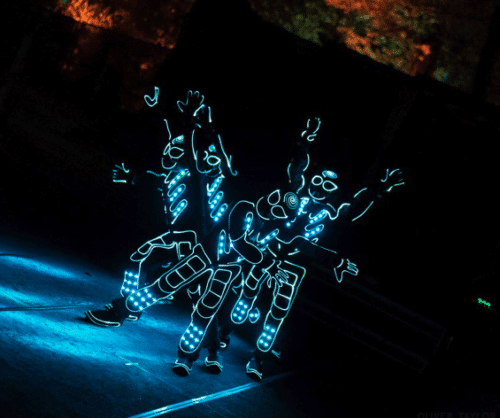 Festival of Light inspired by Diwali at Robin Hill. Bringing the Hindu festival of Diwali into a new age at Robin Hill! Marvel at the epic Electro-Light Circus, returning more intense than before! The incredible show featuring mind-boggling light tricks, acrobatics and circus skills is a must-see this autumn!

New Forest Fiction: Past and Present Friday 20th September, 7.30pm – 10.00pm at Lyndhurst Community Centre. An exclusive literary evening celebrating authors Edward Rutherfurd, Sally Marsh and Clara McKenna whose works have been inspired by the New Forest. Older classic works will also be presented and the lives of their authors such as Arthur Conan Doyle and his ‘White Company’. Tickets are £15 (£12 for Friends of the Centre).

Romans at Fort Nelson! The Romans will be invading Fort Nelson on Saturday 21st and Sunday 22nd September. This action-packed weekend will feature living history displays, a Roman encampment, gladiator school, shield drills, trebuchets and talks plus live firings of a ballista. Museum admission is free, some activities carry a small charge.

Head over to Bursledon Brickworks Sunday 1st September, for Brick Making Live. See how 19th century women used to make bricks by hand. Ever wondered what a ‘Stupid’ is? Head over and see one working.

On 20th September join Jane Austen’s House Museum for a stroll through the village of Chawton to walk a mile in Jane’s footsteps. See the places that helped shaped her writing and hear readings from Jane’s works, bringing her world to life.

Mottisfont is celebrating autumn harvests and produce around the grounds and estate from Saturday 21st September – Sunday 3rd November, and marking the first anniversary of the new Kitchen Garden. There are seasonal activities for families, including a ‘spot the scarecrows’ trail around the grounds.

Drama fans will love this co-commission by the theatre of Charles Dickens’ classic, Bleak House, from 12 – 13 September. It tells the story of a woman’s search for family and identity in a dank Victorian Britain, filled with pickpockets, rowdy drunks and prostitutes. This David Glass Ensemble’s powerful, physical rendition explores themes of love, power and poverty. While from 17 – 18 September, London Classic Theatre bring their production of the Harold Pinter play, No Man’s Land. Visit the Theatre Royal Winchester website to find out what else is on during September!

Head to Butser Ancient Farm on the 21st and 22nd September for the spectacular Vikings Attack event! A band of marauding Vikings from the North have got wind of the beautiful Saxon Hall at Butser and hope to claim it for themselves, will the resident Saxons be able to defend their precious farm? A weekend of fighting displays, sagas, storytelling and ancient skills as the two warrior tribes do battle!

Live at Lepe! Thursday 5 September 2019 from 19:30-22:00. Live music at The Lookout from singer-songwriters 3 guys 1 egg. Expect breath-taking views across The Solent and an intimate setting. The audience can bring blankets and cosy up with hot drinks and a bite from the menu. There’s a licensed bar too.