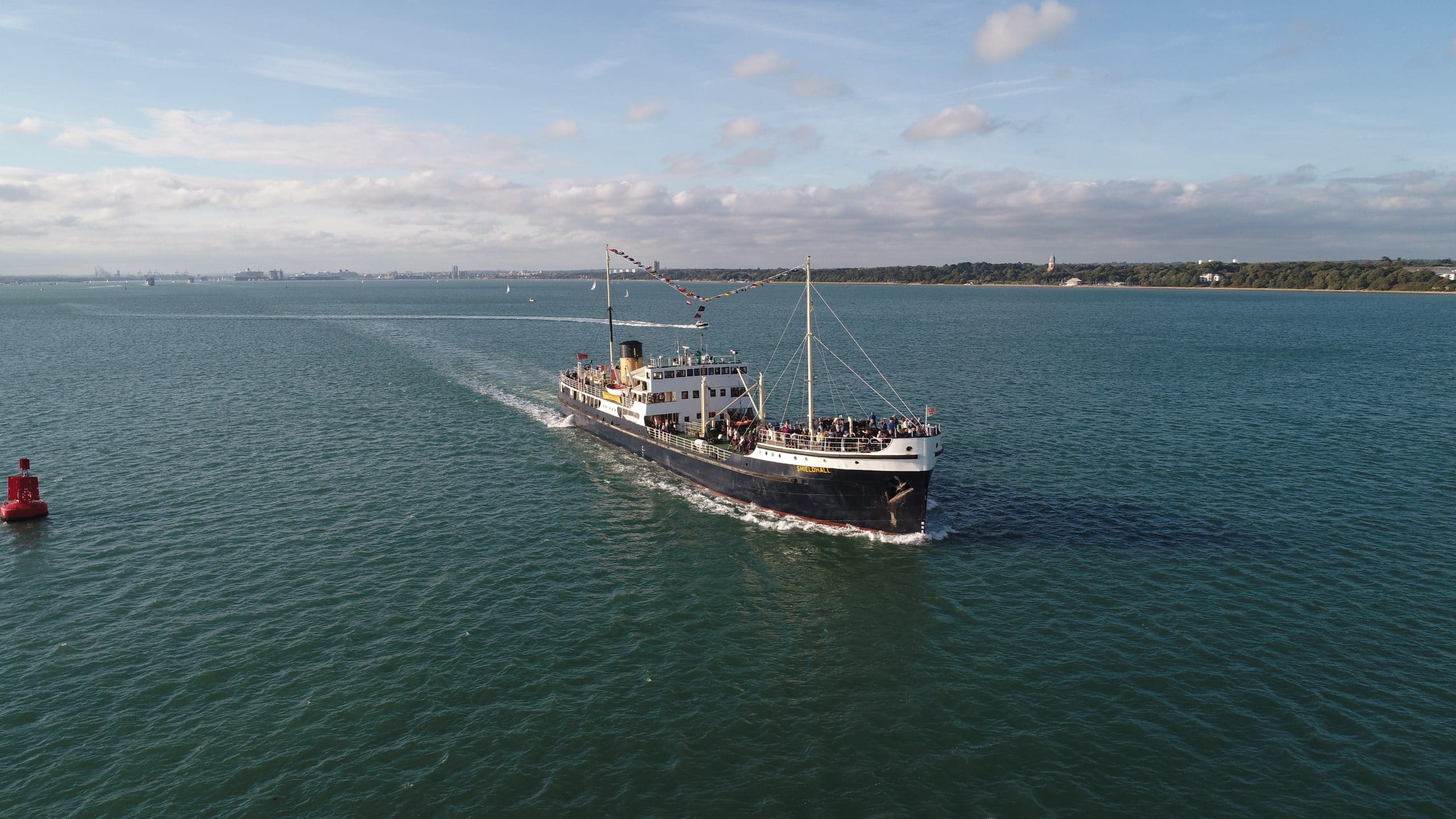 Steam down Southampton Water to the Solent, passing the cruise ships Iona, Bolette and MSC Magnifica in berth, and on your return see a number of cruise ships depart – always the chance to sound Shieldhall’s distinctive steam whistle and play the ‘Shieldhall Organ’! The cruise will see Shieldhall heading to the Eastern Solent, passing the famous Palmerston Forts and on to the near-mythical Nab Tower. In doing so, the cruise will recreate the journey Shieldhall carried out for Southern Water during the mid-1980s, when she visited the nearby ‘dumping grounds’. On board, Shieldhall will welcome the Hampshire and Isle of Wight Wildlife Trust, who will give an update on their ‘Secrets of the Solent’ campaign.

As part of your cruise, see the impressive engine room with its original steam engines at work and the bridge, with its traditional instruments and gleaming brasswork; admire the ship’s steam assisted steering gear (similar to that used on Titanic); talk to the Captain and our volunteer crew; listen to an informed commentary on the sights and sounds of Southampton Water and the Solent; pass close to the great ocean liners and container ships; walk the teak decks; relax in the Saloon with a wide range of refreshments including tea / coffee; real ale; a range of Titanic bottled beers; wine and hot and cold food, available on all trips. Courtesy parking available close to berth.

Children will have fun with an interactive Shieldhall Log Book, collecting stickers from various stations on board!