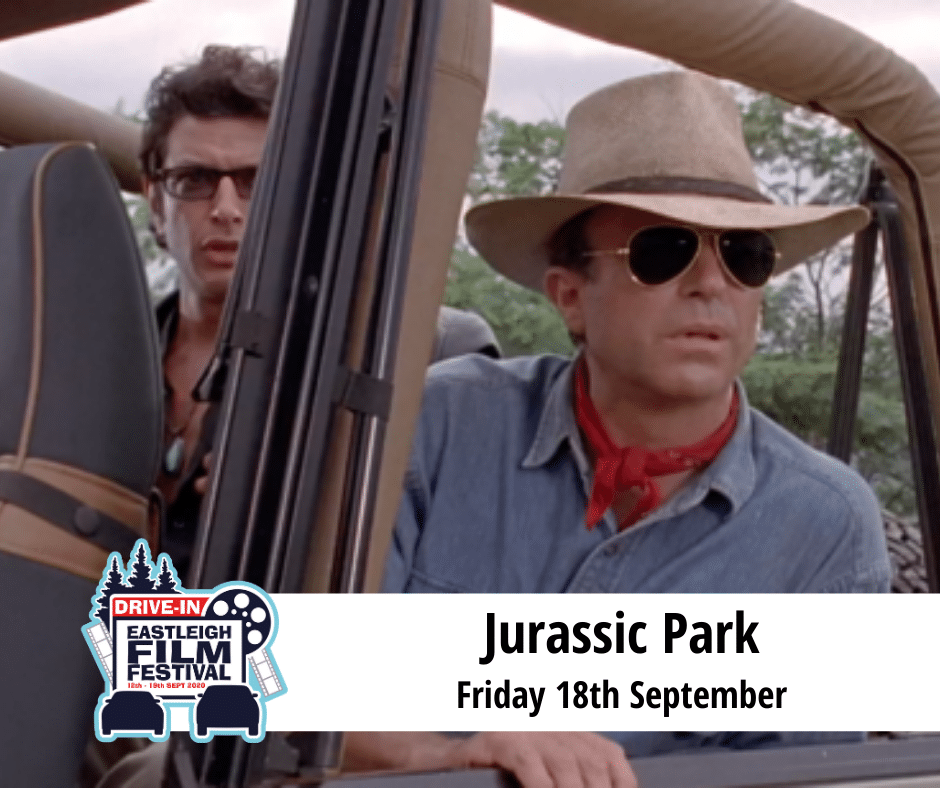 This blockbuster roared into cinemas during Steven Spielberg’s career-high 1993 (he won his first directing Oscar for Schindler’s List, made the same year) and became the highest grossing film of all time – until 1997’s Titanic sailed into view. Its once-pioneering special effects have largely stood the test of time and it has remained a firm family favourite. Paleontologists Alan Grant (Sam Neill) and Ellie Sattler (Laura Dern) are invited, along with mathematician Ian Malcolm (Jeff Goldblum), to an exclusive tour of eccentric billionaire John Hammond’s (Richard Attenborough) island theme park populated by dinosaurs brought back to life through genetic replication. Assured that it’s completely safe, the trip turns into a nightmare when the park’s most dangerous carnivores break free from their cages.

The film will start at 8pm and is 2 hours 6 minutes long. Food is available to pre-order. Ice cream will be available to purchase on the night (Card payment only)