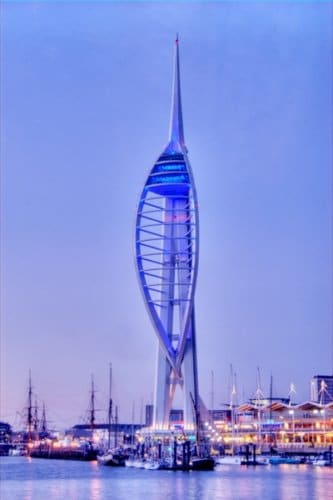 Emirates Spinnaker Tower has been nominated for the Best UK Leisure Attraction in the prestigious 2019 British Travel Awards (BTAs). The winners will be decided by a public vote, with the successful companies announced at the BTA Gala Awards Dinner in London on the 27th November.

“We’re absolutely delighted to be nominated for Best UK Leisure Attraction in the 2019 British Travel Awards. The Spinnaker Tower has become an icon for Portsmouth and the South and we are always striving to innovate to make the guest experience the best it possibly can. Our team always go the extra mile to ensure our guests have the best day out and it would be amazing to win this not only for the team, but for the city of Portsmouth and the amazing tourist attractions we have on our doorstep.”

“The British Travel Awards gives the opportunity to reward travel and tourism enterprises for outstanding performance in service delivery and product offering. Last year more than 750,000 votes were cast by the travelling public to determine the 2018 Award winners; voting in the 2019 Awards is now open with nominated companies having until 30th September to lobby their happy customers for votes – good luck to Emirates Spinnaker Tower.”

The latest figures show that within 12 months, Portsmouth welcomed around 9.3m visitors and as an employment sector tourism accounts for nearly 13 per cent of all jobs in the city.

People can vote at: www.britishtravelawards.com