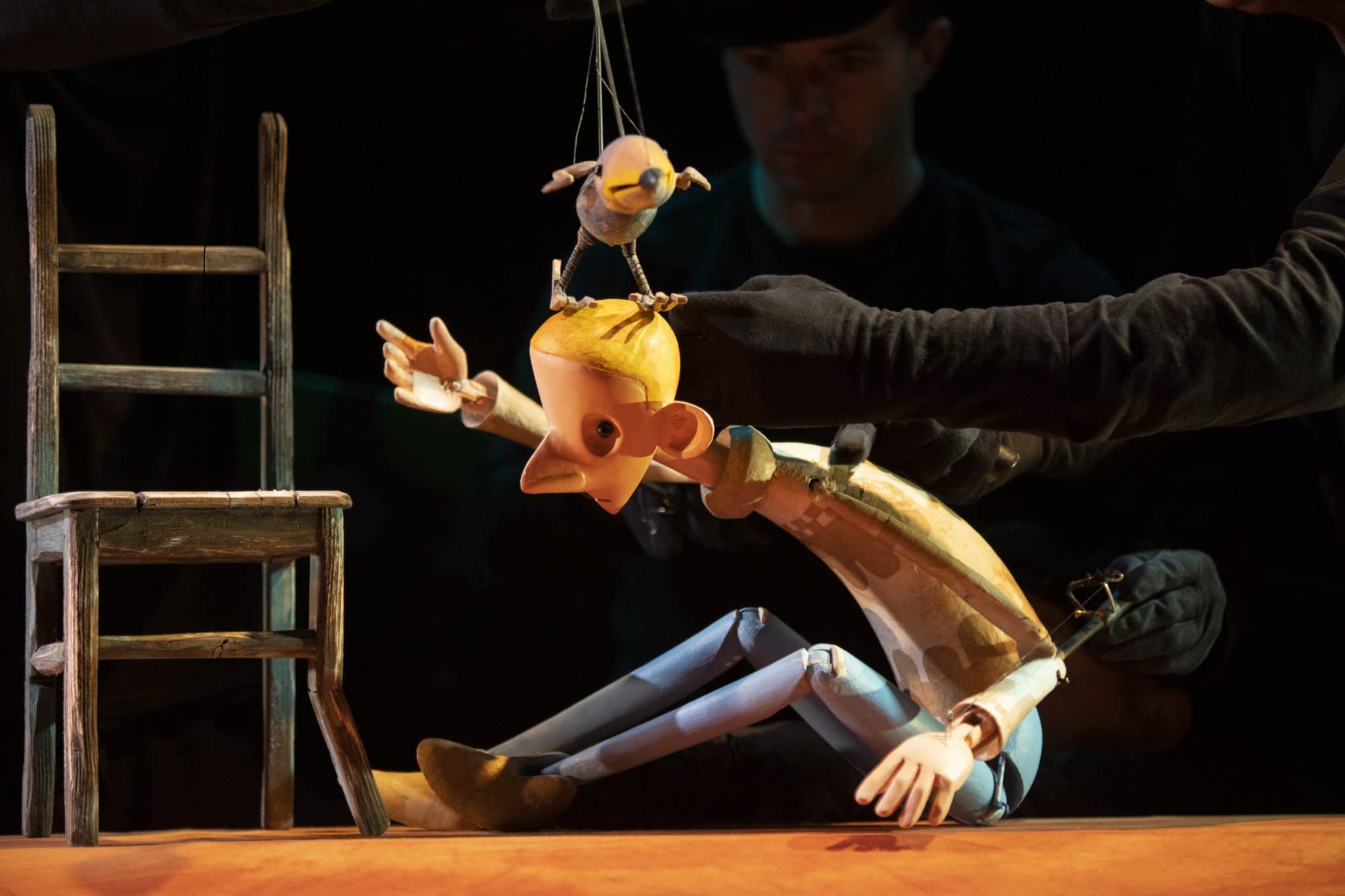 The Dong with a Luminous Nose, based on the poem by Edward Lear, heads to Theatre Royal Winchester on Tuesday 26 & Wednesday 27 October.

With a huge and colourful cast of abstract and figurative puppets, The Dong with a Luminous Nose is an absurd take on Edward Lear’s nonsense classic exploring the difficult age between being a child and becoming an adult.

A sequel to the well-known Jumblies, this artistically adventurous production seeks to stimulate children’s imagination and provoke audiences to start asking questions.

Edward is a bit of an oddball. A shy and troubled boy, he is always watching the horizon, waiting for something to happen. Then, one day, the Jumblies arrive and his life is turned upside down. Dancing chairs, a troublesome telephone and a swarm of shape-shifters all play their part in this tale of a lonely boy who has difficulty facing up to the facts. The Dong takes us on a journey with Edward as he grows up, encouraging us to feel empathy and consider those we know who may appear to be a little but ‘different’.

Only using a few words, the story is told through a kind of mime, like in a silent film, brought to life by incredible music by Ben Glasstone. The Dong with a Luminous Nose is created by the designer/director and composer partnership behind Little Angel Theatre’s Alice in Wonderland and The Giraffe and the Pelly and Me.

Director and puppet designer Peter O’Rourke comments, “The Dong with a Luminous Nose is such a brilliant piece of nonsense; not only is it full of playful elements, but it is atmospheric and deals with deeper emotions. In this production, I wanted to explore the issues of isolation and loneliness and of not fitting in that Lear expresses in the poem. Lear was a lonely man and I think he saw himself as a somewhat grotesque outsider – which is how the others in the poem seem to see the “Dong”.”

The Dong with a Luminous Nose will be at Theatre Royal Winchester on Tuesday 26 & Wednesday 27 October. For more information or to book tickets visit theatreroyalwinchester.co.uk or call 01962 840 440.