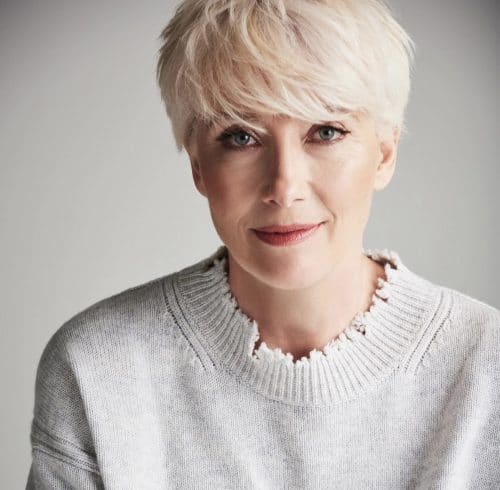 Thompson, who played Elinor Dashwood in the 1995 adaptation of Sense and Sensibility which she also wrote the screenplay for, has recorded eight tracks drawn from Jane Austen’s letters and novels, which will be featured in the online Christmas experience: The Twelve Days of Christmas – A Jane Austen Special,  which launches on the Jane Austen’s House website today (25 November). Thompson’s audio will also run in the House on reopening, following the easing of lockdown restrictions.

AUDIO EXTRACTS: Christmas audio extracts voiced by Thompson include scenes from Emma, Pride and Prejudice and Persuasion, as well as extracts from Jane Austen’s letters to her sister Cassandra and friend Martha Lloyd. They also include recipes from Martha Lloyd’s handwritten recipe book, which is held in the Museum’s collection, such as Martha Lloyd’s recipe for Lemon Mincepies – a recipe that Jane Austen would have known. The extracts showcase Jane Austen’s dry wit and enjoyment of Christmas traditions – from eating turkey to dancing and playing games.

ONLINE EXPERIENCE: The Twelve Days of Christmas – A Jane Austen Special can be enjoyed online from today. In this special online Christmas experience, the House will use its website to showcase 12 Christmas traditions and pastimes enjoyed by Jane Austen and her characters. These range from roaring log fires to Christmas music, balls, games and winter walks. Each Christmas tradition is illustrated using extracts from Jane Austen’s writings, audio narration by Thompson, objects from the Museum’s collection and ideas for games and activities to enjoy at home – including a “Gingerbread Challenge” in which fans are asked to bake a gingerbread biscuit inspired by Jane Austen.

ON SITE EXPERIENCE: On reopening, the House will be adorned with beautiful seasonal decorations, and a special Christmas audio soundtrack will air, treating visitors to Emma Thompson’s enchanting voice as they wander through the rooms.  The Christmas audio soundtrack will also feature piano arrangements of carols from the Regency era, including an arrangement of Nos Galan, or ‘Deck the Halls’, transcribed from one of Jane Austen’s handwritten music books, held in the Museum’s collection.

Sophie Reynolds, Collections and Interpretation Manager says: ‘Christmas in Regency England was a time of fun, family and merriment – all things that we know Jane Austen loved and excelled at. This Christmas we are delighted to bring Jane Austen’s distinctive voice to our Christmas festivities, as we draw on her novels and letters to explore some of her own festive traditions and pleasures – from music and dancing to games and mince pies. Emma Thompson’s narrative perfectly captures Jane Austen’s wit and dry humour, as she and her characters celebrate their own “Christmas Gaieties”.’

Fans from across the globe will also be able to join in with Jane Austen’s birthday celebrations this year with a virtual birthday tea party, hosted by Jane Austen’s House, on 16th December, Jane Austen’s 245th birthday.

The Twelve Days of Christmas – A Jane Austen Special is available for fans to enjoy online now. Christmas with the Austens will be running in the House on reopening.  Jane Austen’s House hopes to reopen in December following the easing of lockdown restrictions.  Updates will be posted on the Jane Austen’s House website and social media channels.