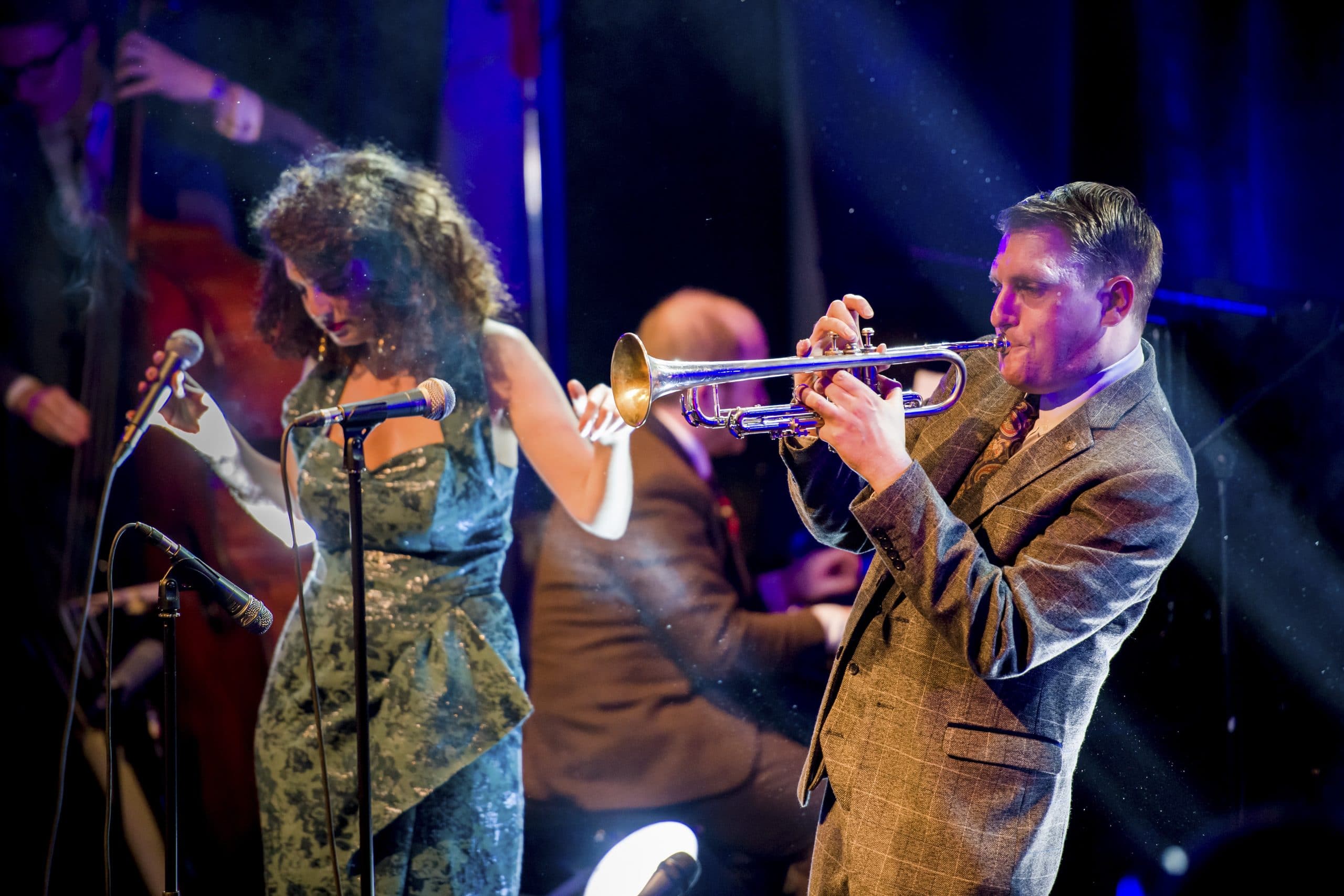 Anyone looking forward to getting back in to theatres should look no further than Theatre Royal Winchester, which has an exciting season ahead this autumn. From the end of the month through to December the theatre has a varied programme of music, drama, family shows, comedy, and more, with these as a few highlights…

The season begins with music and the UK’s longest running Musical Theatre Tour, Beyond the Barricade (Sun 29 August), which sees past principal performers from Les Miserables singing the best of Broadway and the West End; Oh What a Night! (Sat 4 Sept), celebrating the songs of Frankie Valli & The Four Seasons; The Zoots’ bring Sounds of the 60s (Sun 19 Sept) celebrating the music of The Beatles, The Monkees, Elvis and many more and Down for the Count Orchestra (Sat 9 Oct) bring the Legends of Swing.

Status Quo front man, Francis Rossi (Sun 05 Sept), talks to broadcaster Mick Wall and shares the secrets of his 50 plus years in rock ‘n’ roll in I Talk Too Much.

The comedy on offer is sure to strike a chord with all – and put a smile on their faces too. As part of Winchester Comedy Festival, Mark Watson (Mon 27 Sept) crams years of overthinking about the fragility of life in to his show; I’m a Celebrity… contestant Emily Atack (Thu 30 Sept) – having said goodbye to her carefree twenties – ponders life as a responsible grown up (sort of); and after supporting the likes of Michael McIntyre, the city’s own Paul McCaffrey (Fri 01 Oct) returns with his very own show. Comedy veteran Andy Hamilton (Sun 31 Oct) reminisces on sixty years on the planet; while, fresh from 2020’s Britain’s Got Talent final, new face Nabil Abdulrashid (Sun 10 Oct) reflects on his life as a child in military-governed Nigeria and a teenager in south London; the first British woman to have her own Netflix special, Bridget Christie (Tues 12 Oct), performs her new show and finally winner of America’s Got Talent, Paul Zerdin (Tues 16 Nov), shows audiences what it’s like to be a ventriloquist.

There are extraordinary stories from famous faces. Radio 4’s Woman’s Hour legend, Jenni Murray (Wed 08 Sept), opens up about what it’s like to be fat when society dictates that skinny is the norm; while the ever impressive Professor Brian Cox (Thu 09 Sept) is sure to blow minds with his brand-new show, combining images of galaxies, alien worlds, and black holes with discussion around space, time, and the universe. Acting royalty, Dame Judi Dench (Sun 24 Oct), who last appeared at the theatre in a dramatic recital written and produced by her biographer, John Miller – who she returns with to talk about her career highlights in a fundraiser for Home Start Winchester; while friend of the Royal family (Lady in Waiting to Princess Margaret), Lady Anne Glenconner (Tue 02 Nov), offers a warm, witty and exclusive insight in to the life of aristocratic woman, with a sense of volatility.

Young children will enjoy an adaptation of Julia Donaldson’s beloved Stick Man (Thu 28 Oct), by an award-winning company that has also brought to the stage Zog and features puppets, songs and funky moves. There are yet more puppets in The Dong with the Luminous Nose (Tue 26 Oct – Wed 27 Oct), based on Edward Lear’s poem, about a shy and troubled boy called Edward whose life is turned upside down when he meets ‘the Jumblies’.

For those interested in drama, the spine-chilling ghost story, based on true events, When Darkness Falls (Thu 16 Sept – Sat 18 Sept) tells of a teacher and weekly Vlogger hosting a young paranormal expert who reveals Guernsey’s horrifying history, dark pasts and disturbing truths. The Ballad of Maria Marten (Tue 05 Oct – Fri 08 Oct) is real-life murder mystery, The Red Barn Murder, which shocked the nation, when in 1828 Maria’s body was found under a barn floor in a grain sack, barely recognizable. For something a little more lighthearted, London Classic Theatre bring Absurd Person Singular (Tue 21 Sept – Sat 25 Sept) – a comedy about social climbing in the 1970s – sees Sidney Hopcroft, a small-time tradesman, persuading his wife to throw a party for their wealthy neighbours; Dramatic Solutions bring the one-woman show, Virginia Woolf: Killing the Angel (Thu 14 Oct) and there is comic chaos from a cast of four in murder mystery, Crimes in Egypt (Tues 19 Oct) – a Belgian detective is on a cruise on the river Nile, everyone is a suspect, and the body count is rising;

Dance enthusiasts will be delighted to welcome the return of Ballet Theatre UK’s renowned company of international dancers, beautiful costumes and glittering stage sets, with their retelling of Hans Christian Andersen’s The Snow Queen (Sun 14 Nov); while fans of Strictly Come Dancing will enjoy seeing Ian Waite and Vincent Simone (Sun 21 Nov) who promise an evening of world class routines including the Viennese Waltz, the Foxtrot and Argentine Tango.

And finally, the end of the year will be marked with the theatre’s annual traditional family pantomime, this year Aladdin (Sat 27 Nov – Sun 02 Jan). Brought to the stage by the team behind 2019’s five-star Dick Whittington, and last year’s Four Dames in Search of a Panto; with original songs, a great cast, hilarious script, family-friendly jokes – and a number of accessible performances (relaxed, audio-described, and BSL interpreted) – this is for everyone.

This season there is something to tempt all. Tickets are available from theatreroyalwinchester.co.uk or call the Box Office on 01962 840 440.