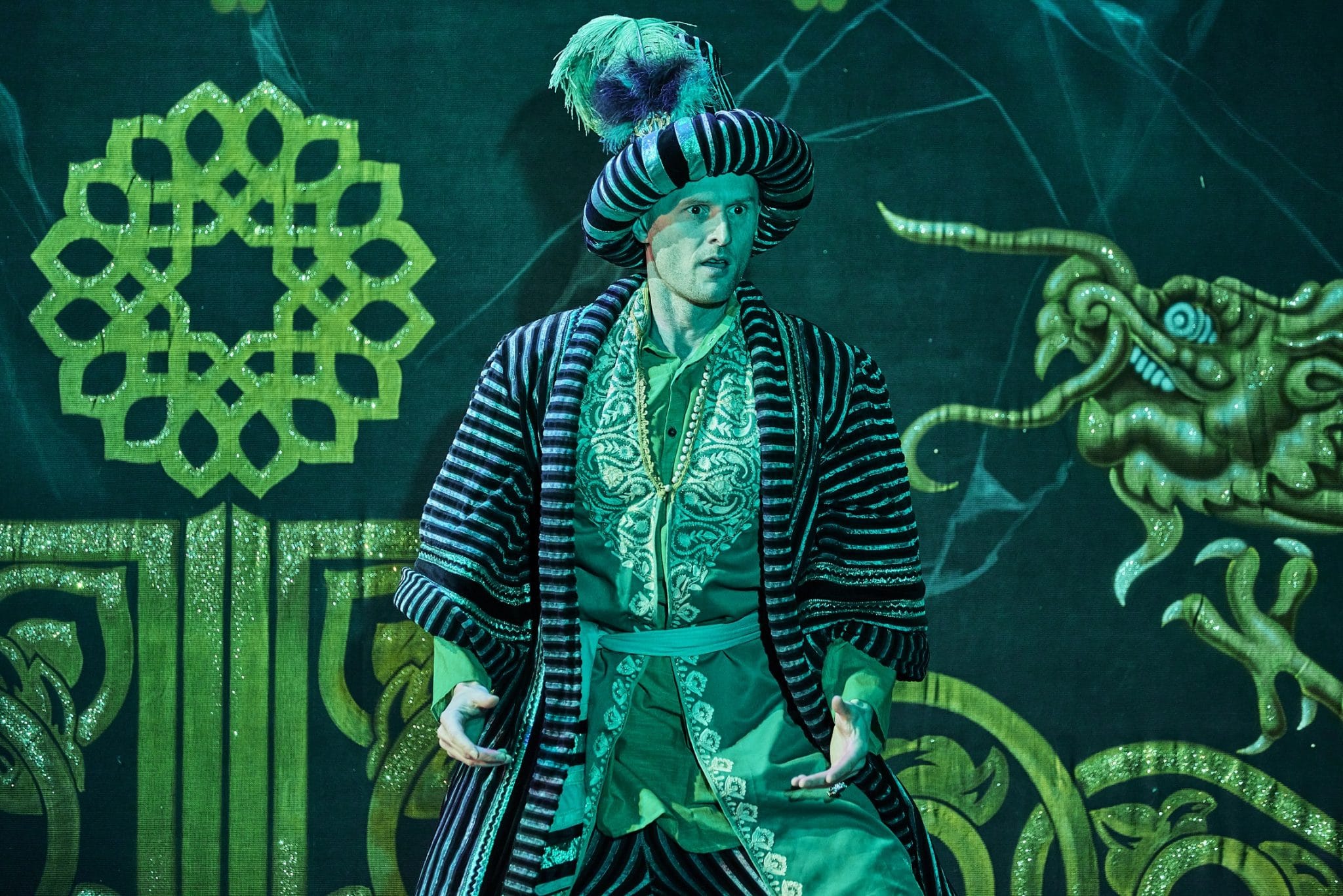 Aladdin, this year’s traditional family pantomime, at Theatre Royal Winchester is now on and once again it’s a hit with the audiences.

Reactions from the panto-goers following the weekend’s previews include:

“As always a great start to our Christmas celebrations. Great audience participation. Pantomime at its best.”

Aladdin has been produced by Play to the Crowd with the same creative team behind the last few pantomimes at Theatre Royal Winchester: writer, lyricist and director James Barry and composer Simon Slater. This successful partnership was nominated for their original musical score for Beauty and the Beast in the Great British Pantomime Award’s Musical Achievement Award. James Barry was also nominated for Best Script in the Great British Pantomime Awards for his script of Dick Whittington.

The production sees the wonderful Julian Eardley return as Widow Twankey (his 12th year as Winchester’s Dame!) and comic sidekick Ed Thorpe as Wishee Washee – together they bring mischief and mayhem to the theatre’s historic stage.

Libby Gore returns to Winchester in the title role and hero of the story Aladdin following her performances in last year’s Four Dames in Search of Panto and Dick Whittington in 2019.

Aladdin is a timeless rags to riches tale. With original songs, a great cast and hilarious script this ‘genie-us’ panto is suitable for all the family. Aladdin is kindly supported by The Brooks Shopping.

Aladdin at Theatre Royal Winchester runs until Sunday 2 January 2022. Performances on 21 and 30 December will be livestreamed. There are also a number of accessible performances included BSL signed, audio described and relaxed performances. Tickets are available from theatreroyalwinchester.co.uk or call 01962 840 440.