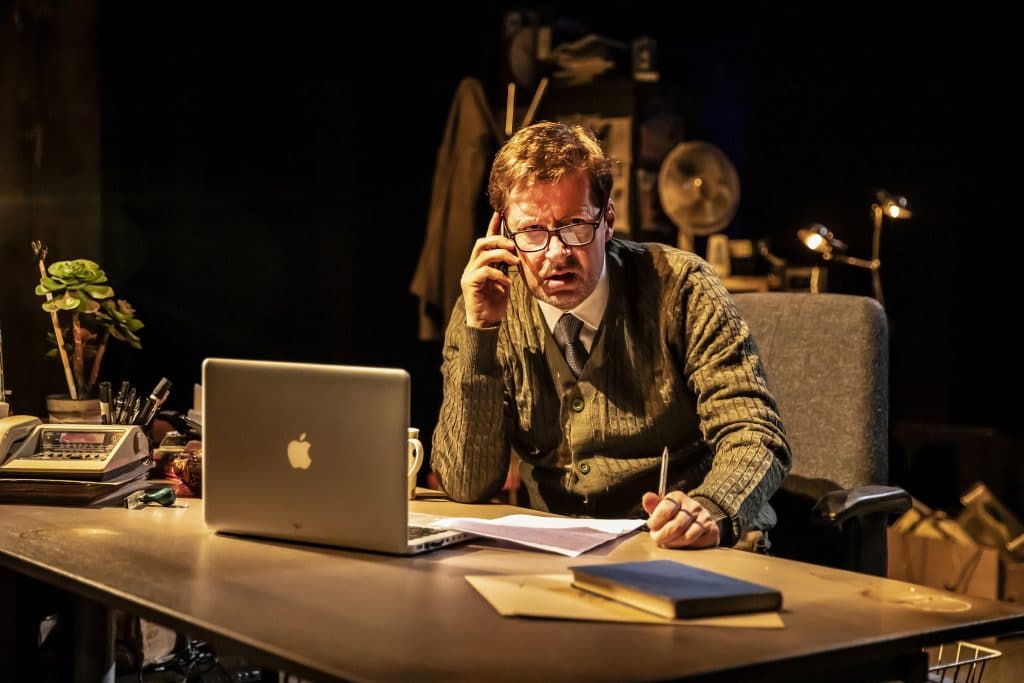 When Darkness Falls is a brand new ghost story based on true events written by James Milton and Paul Morrissey starring Will Barton and Alex Phelps.

Set on the island of Guernsey, local history teacher, John Blondel, runs the Island’s only Historical Society. As part of the Society’s weekly vlog, a young writer who has been researching the island’s mysterious and often frightening folklore, is invited to give a talk. As his seemingly innocent stories unfold, many of which are based on true events – it isn’t long before they reveal dark pasts, disturbing truths and unforgettable terrors.

John Blondel will be played by Will Barton whose most recent theatre includes the title role in The Last Temptation of Boris Johnson (Park Theatre & National Tour), The Libertine (Theatre Royal Haymarket) and Toast (Park Theatre and New York). He also played Boris Johnson in the BBC 2 drama Theresa V Boris. Other television includes A Confession, Vanity Fair and two series of How Do You Want Me?.

The show’s illusions have been design by John Bulleid – an Associate of the Inner Magic Circle with Silver Star – and whose other theatre credits include Harry Potter and The Cursed Child (Palace Theatre – current Magic and Illusion assistant) and The Prince of Egypt (Dominion Theatre – associate to Chris Fisher) and The Ocean At The End Of The Lane (The National Theatre – associate to Jamie Harrison).

When Darkness Falls will be at Theatre Royal Winchester on Thursday 16 – Saturday 18 September at 7.30pm plus Saturday matinee at 2.30pm. Tickets are available from theatreroyalwinchester.co.uk.