News > A celebration of Paul Simon at Theatre Royal Winchester 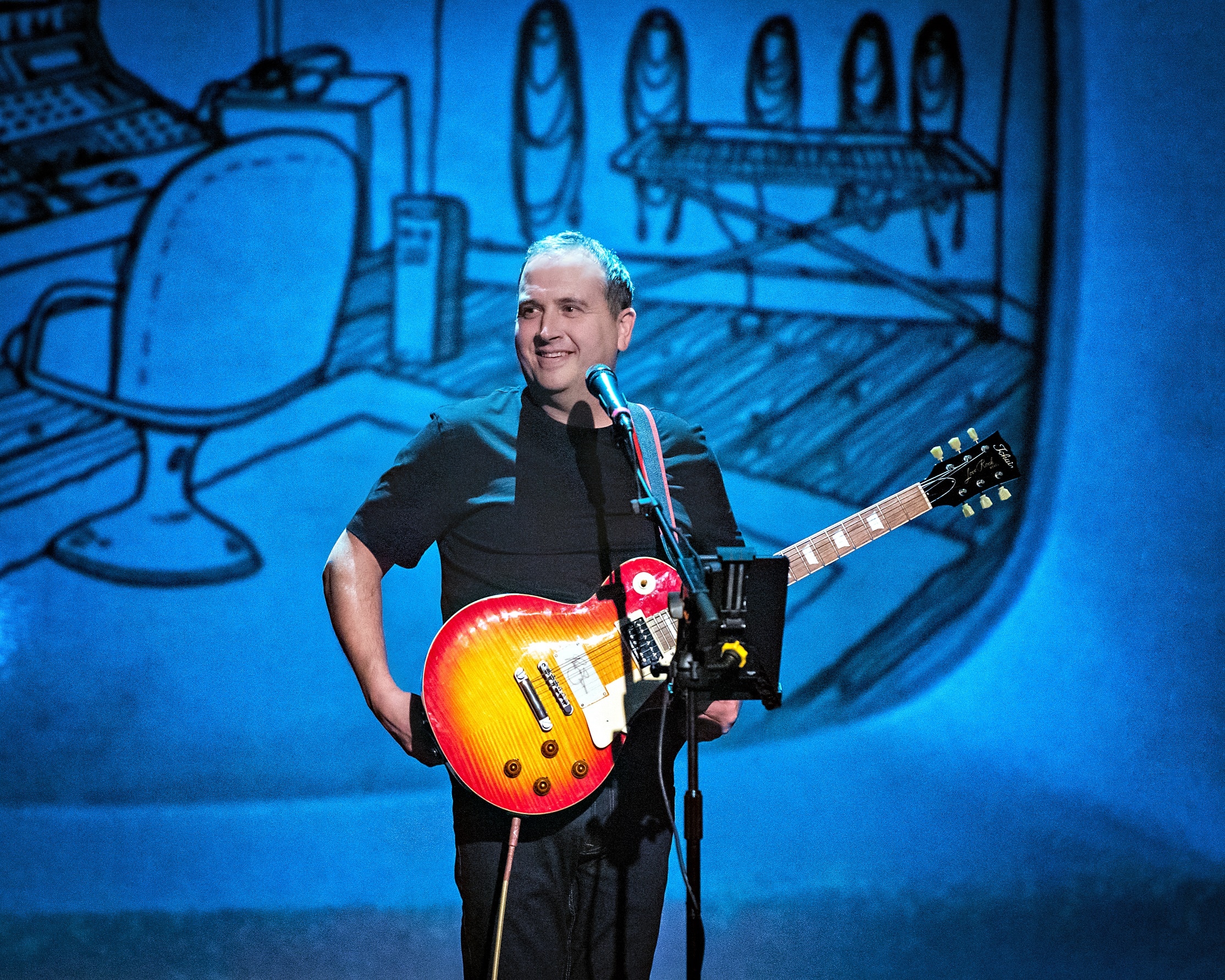 A captivating celebration of the life and music of legendary sing-songwriter Paul Simon – Something About Simon – will be heading to Theatre Royal Winchester on Saturday 10 July.

Something About Simon is the brainchild of Liverpool singer-songwriter Gary Edward Jones, who created the show along with Bill Elms and Jon Fellowes. The show has won praise on both sides of the Atlantic.

Gary, who bears a strong resemblance to Paul Simon, has spent countless hours researching the musical legend and studying his lyrics, music and life to gain a real insight into the man behind the music. He tells the unique story of one of his idols, combining visuals, stage design, storytelling and, of course, that iconic music and incredible songs.

Weaving together songs and stories that cross the Atlantic from New Jersey to the North West of England, Gary traces the sometimes-poignant moments in Paul Simon’s life and career that occasionally mirror his own – all delivered with his warm and infectious Liverpudlian charm and charisma.

The many music highlights encompass classic ballads like America, The Sound of Silent, Kathy’s Song and Bridge Over Trouble Waters and more upbeat numbers including Me And Julia, 50 Ways to Leave Your Lover and Wristband.

Gary Edward Jones said “There’s nothing quite like the thrill of live performance, so I can’t wait to get back on the stage and share Paul Simon’s incredible life story and musical genius again.”

Paul Simon is a name that has cemented itself into the ‘hearts and bones’ of audiences all over the world, resulting in a phenomenal career that has spanned more than seven decades. He began his career as one half of the globally successful duo Simon and Garfunkel and has gone on to enjoy an incredible solo career which includes 13 multi-million selling albums and 16 Grammys among other awards and accolades.

Something About Simon is not a tribute show – it is one musician authentically honouring the music of another.

Something About Simon will be at Theatre Royal Winchester on Saturday 10 July at 7.30pm. Tickets are available from theatreroyalwinchester.co.uk.